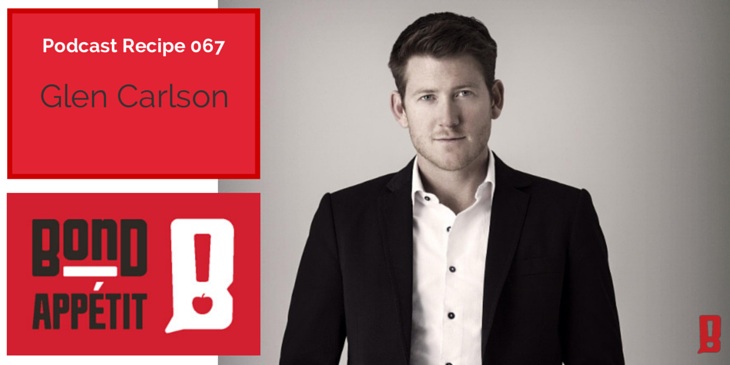 Glen Carlson is an award winning entrepreneur and co-founder of the Key Person of Influence program which is a 40 week business growth accelerator designed to help the founders of skill or service based businesses become more visible, valuable and influential in their industries.

With offices in London, the USA, Singapore and here in Australia, the program connects delegates to some of the worlds most respected entrepreneurs and industry leaders as mentors and – based on the success of their clients – has been acknowledged by INC.com as “One of the top personal branding conferences in the world”.

The program presents a proven 5 step methodology for maximising your ability to influence and having applied this method to his own business, in less than 4 years Glen has built one of the fastest growing companies in Australia – Ranked 63 by BRW and 9th by Smart Company.

Glen and his team are best known for helping business owners develop an ‘unfair advantage’ in their industry by effectively creating what he calls a “personal monopoly” and believes there has never been a better time to build a thriving business and a respected personal brand doing something you love.

Entrepreneurship
His story on how he co-founded and piloted his business to being one of the fastest growing companies in Australia
On finding his purpose
Why he loves the services based businesses
Why he and Dan Priestly developed the 40 week growth accelerator program
Why finding your purpose is so important
[spp-tweet “‘I see entrepreneurship as a character trait’ @glencarlson on the @bondappetit podcast”] Steve Jobs, his purpose and his intersection
Why people that find their intersection become so much more successful
[spp-tweet “‘My purpose in life is to create value in life at my 2 highest values’ @glencarlson”] [spp-tweet “Its like plugging my soul into a power socket. Boom!!! I get lit up’ @glencarlson”] How it feels to Glen to have one of the fastest growing companies
Glen’s definition of entrepreneurship
Why you need to look to solve meaningful problems
How the barriers for entrepreneurs have gone
How you now have access to global HR, distribution and communication so easily now
Nutrition and Meal Plans

gluten
grain
coffee
legumes
What foods to actively seek out

Glen sailed around the world with his family when he was between 6 and 14. His memory around food was a big green bowl filled with a steaming hot shepherds pie.

Have 12 full ziplock bags of frozen vegetables made up by a house keeper – put that in a steamer and its ready to go. Add some salt, ghee or truffle oil for flavouring.
A Mark Sisson chocolate shake
Do you have a clean eating diet plan?

Very clean eating plan. Its all about fuel.