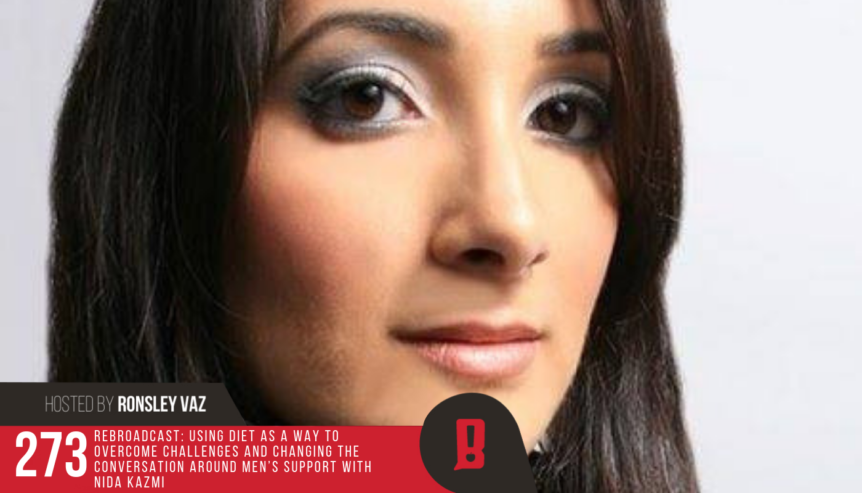 There is a large focus placed on ensuring that women, teens and children are looked after mentally, physically and emotionally in our society – and more often than not this focus is missing when it comes to men.

Join Ronsley Vaz as he talks with some of the most forward-thinking entrepreneurs, chefs, food experts and health conscious people around the world. He picks their brain about doing what they love, navigating the challenges and anxieties of a self-made business and how to think outside the box.

If you’ve ever wanted to start your own business or are interested in knowing more about healthy choices with food this podcast is for you.

On this week’s episode we speak to Nida Kazmi, a revisit of episode 9. Nida has an amazing story and a roller-coaster of a ride with her relationship with food. She moved to the United States from Pakistan, bringing with her the intense flavours of Pakistani foods. Nida talks about how she went on a journey to find out how she could be healthy, both physically and emotionally. Nida talks about minerals and how adding the right minerals to her daily food intake, changed her life.

Nida’s on a mission to empower men. She believes that empowering men will set the stage to create a generation of children that are motivated by their men role models. Nida is in the process of creating a coaching course for men to provide a platform to empower a generation of evolved male figures.

On this episode we also go into: