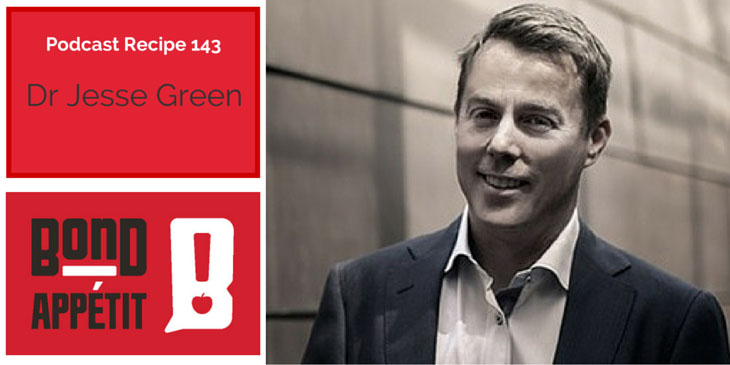 Dr Jesse Green is a dentist, entrepreneur, coach and thought leader who specializes in working with established high-performing dentists and industry young guns hungry for success. In an increasingly over-competitive market, he has made an art of helping his elite clients play bigger, better and smarter. He is the founder of Practice Max, a 7-step high-performance business mastermind that offers the latest in entrepreneurial thinking tools and cutting-edge ideas from the dental and non-dental worlds.

He is renowned for creating tailored dental practice management solutions that deliver financial results, top-performing teams and smart systems to free up profits and time for practice owners. Jesse’s ultimate vision – to create a leading entrepreneurial community of dentists in Australia.

Drawing on nearly two decades of experience, Jesse is the undisputed authority on practice management for highly motivated and enterprising dentists – a combination he describes as a ‘dentalpreneur’. He is the author of Amazon number 1 best seller RETENTION! How to Plug the #1 Profit Leak in Your Dental Practice.

“I don’t actually have particularly strong memories of the family having dinner on the table and off course we did but, it’s not something that’s really edge deep clean my memory is. I do remember when I went to boarding school, when I was in primary school, I remember we used to get these hot boxes sent down at launch and because the prep school and primary school was separate to the high school, and we would go and get the hot box and we would eat whatever it is we have to eat. And in those days we had to go up to the teacher or the boarding master and say “Can I give my box back?” and if you had not eaten enough food, that makes you eat some more. And sometimes it was so disgusting. So I remember food is being a necessity rather than I supposed something that I really thoroughly enjoyed. I was one of those people who kind of eat to live rather than living doing. “

“But equally I do remember boarding school as well, groups of us would sneak out at the back of the kitchen where the kitchen lady will be preparing the foods and there’s some really really lovely kitchen ladies and they’re obviously doing the best they could within the budget and there’s one particular lady who just really kind and she would go and cool for the ice cream and but what she would do, she would go into the freezer and swipe a cup for those and quickly give them to us and quickly she was off. She didn’t let us caught.”

“And then as I went through highs school, I do remember by that stage, we graduated to the dining room and we would sit around and we’ve had conversation. I think coming back from my boarding school days with food, I remember when I went through the years, I would sit around after dinner in the evening and we have a cup of tea or coffee with the peer groups and we have a conversation. So From that, I think my love of coffee was born and my love of conversation with the coffee.”

“There’s a couple of people. Some of them were no longer with this. Probably John Lennon would be a big one for me. He’s probably my number one here. I’m George Harrison Fan from the Beatles off course. Steve Wood would be someone I would like to break bread with. He’s someone I really admired and respect. Probably in India actually because I know he does charity works in India and I love their food. So that would be pretty special for me. There’s so many people that sound really cool and impressive but the people whose company I enjoy most is my family.”

“I love a good barbecue and for me a barbecue is something that I enjoy just about any other meal. So for me, I would pretty happy with a really good snack and salad and a bread. Look, I love a simple meal. If I was going to have a push meal, I would probably be looking for sticky day pudding, cream caramel and a really good mango.”

Where to find Jesse