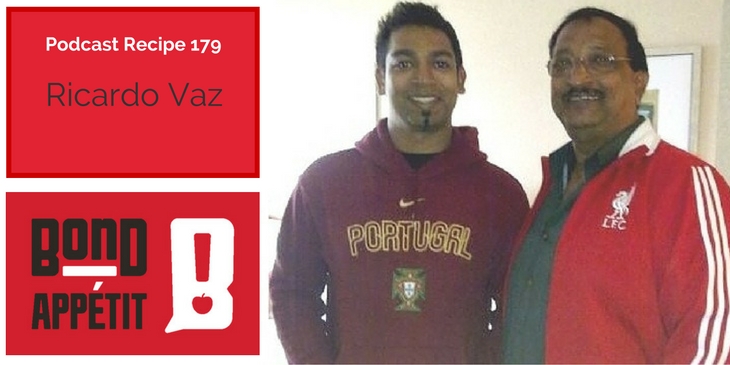 Ricardo Vaz is my dad, my superhero and my role model. I have known him my whole life, but I got to know him more after this conversation. He is an athlete, entrepreneur and all round family man.

What was Life like growing up?
His most memorable moment growing up
The outdoor games he most played
Being an Athlete during High school days
His big inclination to Sports
How the sports taught him to fight
His massive Asset
What are the things he most remembered about his mom?
Understanding the child and letting them choose their career
Choosing what’s the best career in life
What he remembered about his dad?
Why he considered his dad a mentor?
His dad’s biggest asset as a person
His mom and dad big impact to his life
How did he meet my mum
How long they have been married?
Keeping things and family together
How his wife taking care of him until now
Supporting each other through happiness and sadness
His advice or message to couples and couples who are getting married
Killing the ego you have and being understanding as a couple
The importance of respect to parents
How did Ric Vaz landed up in construction where he is today?
His joint venture with his brother running a construction business which ended up a great success
The importance of fighting spirit to succeed in Life
His talent in Business he got from his grand mother
How he would describe Ronsley Vaz?
How he would describe Ronsley Vaz’s sister Roanna?
His thoughts about choosing their careers
What’s Ric Vaz most proud of his life?

A great lesson :
“Do whatever you think is best”

Know more about Ricardo Vaz
Who would you love to have dinner with and where?
“Steffi Graf I suppose. On the deck behind of my house.”

Last meal on the planet?
“With my wife Lafira, Ronsley and Roanna, and their spouses. I wouldn’t mind any food. It’s the company that more important.”